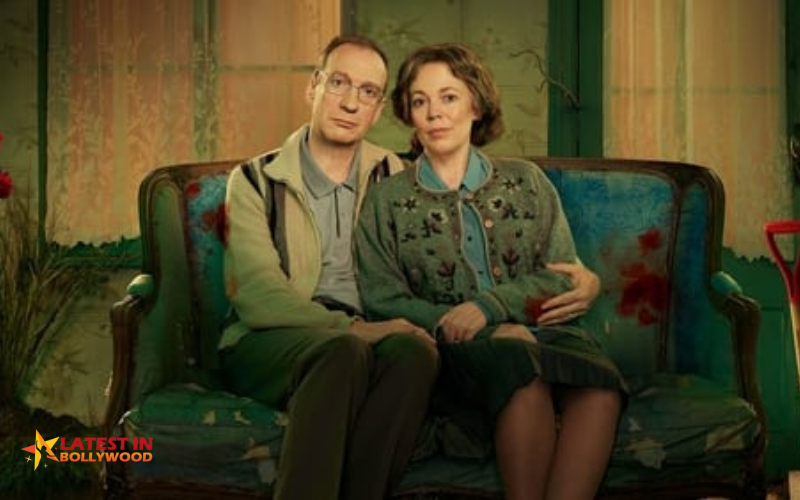 Landscapers is an unsettling true-crime series created by Ed Sinclair and directed by Will Sharpe. The series explores the murderers of Patricia and William Wycherly in 1998. The show’s main focus is on the lives of Susan and Christopher Edwards and it will slowly unravel the mystery of the deaths,

What happens at the ending of episode 1 of Landscapers? Do Susan and Christopher Get Arrested? 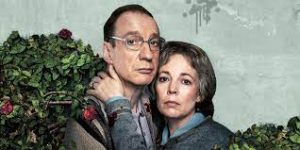 Yes, you heard that right. Susan and Christopher do get arrested. At the very starting of the episode, we see Susan calling a lawyer by that it is clear that the couple was arrested.

At the very beginning of the episode, it highlights that Susan and Christopher Edwards were convicted of murder and are sentenced to prison for 25 years. We then shift to Susan, at a police station, talking to a lawyer over the phone, who asks her not to reveal her story until he officially begins to represent her. Then, we go into the past and see Susan buying a poster of Gary Cooper for €170. However, after she reaches home, she lies to her husband by saying that it cost her €20.

The main cast and characters of Landscapers are Susan and Christopher Edwards which are played by Olivia Colman and David Thewlis. Other casts are Samuel Anderson, Felicity Montagu, Karl Johnson, Kate O’Flynn, Dipo Ola, and Daniel Rigby.

The first episode of “Landscapers” introduces viewers to the surreal world of middle-aged Christopher and Susanne, who live in a town in northern France in the ’90s. Let’s see how the two of them, despite being very modest and struggling financially, live mentally romantic fantasies inspired by movie memories to escape from their vile lives.

Wed Dec 8 , 2021
Susan Edwards with her husband Christopher Edwards is the murderers who killed their own parents and buried them to get rid of their dead bodies. Their parents’ names are Patricia […] 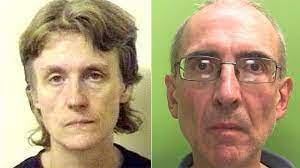