Written Update of MTV Splitsvilla 13 24th April 2021 Kat & Kevin Ideal Match, Full Vote Out: Sapna Malik and Dhruv Win the Immunity Task Kat And Kavin Are The First Ideal Match, MTV Splitsvilla 13 EliminationThe most youth-loved show is now n an interesting week. The show highly liked by Indian Youth because of Sunny Leone and Ranvijay Singha as well. Now in the eight-episode of MTV Splitsvilla on 13 24th April 2021, one couple from Golden villa has a chance to ask oracle "Kya Hum Ek Ideal Match Hai". So the full chances to go in front of Oracle are Kevin Almisafir and Kat Kristian. Earlier Sapna Malik and Dhruv won the Immunity task.

Earlier in the dome session, Pallak and Nikhil are not selected as Ideal match by Oracle and Pallak had to leave the Golden villa. Splitsvilla 13 8th Episode there will be another ideal match opportunity. Viewers can also a verbal fight between Kevin, Vyomesh, Jay, and Shivam.

The Oracle will select as an Ideal match for both of them. In this Splitsvilla 13 Today Episode Kat and Kevin are the first golden ideal match of this season. So it's very interesting to watch all the drama in the MTV Splitsvilla Season 13 24th April 2021 written Update.

In today's episode, there will be a double elimination in Splitsvilla 13 24th April Episode 8th. One couple would be eliminated this week. 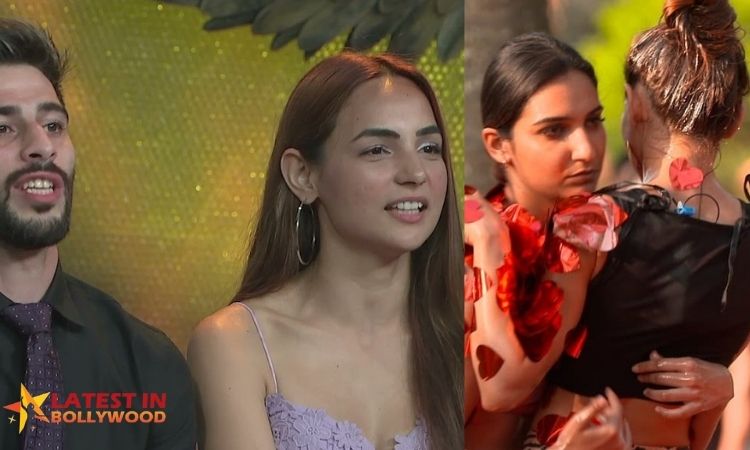