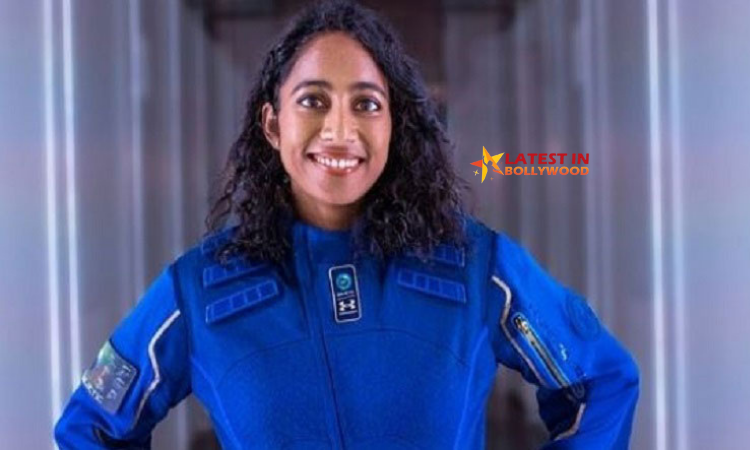 Sirisha Bandla is an Astronaut and Aeronautical Engineer who is an Indian living in America. She is the second Indian woman after Kalapana Chawla who is going into space. the first two women are Kalpana Chawla and Sunitha Williams. In the year 2021, she became the vice president of Government Affairs to the Virgin group. In this blog, we read all the details of Sirisha Bandla Wiki, Biography, Age, Boyfriend, Family, Career, Photos & More.

Sirisha Bandla flew with British Billionaire Richard Branson, Dave Mackay, Michael Masucci, Colin Bennett, and Beth Moses. They flew with Virgin Galactic’s VSS Unity from New Mexico at 10:40 AM. They flew 90 minutes late from the decided time due to bad weather. Before flying, Sirisha said “I am so incredibly honored to be a part of the amazing crew of #Unity22, and to be a part of a company whose mission is to make space available to all,”

The job role of Sirisha is Researcher Experience.

I was once a child with a dream looking up to the stars. Now I’m an adult in a spaceship looking down to our beautiful Earth. To the next generation of dreamers: if we can do this, just imagine what you can do https://t.co/Wyzj0nOBgX #Unity22 @virgingalactic pic.twitter.com/03EJmKiH8V

Who is Sirisha Bandla?

Sirisha is an American Aeronautical Engineer and an Astronaut. She is the part of Unity 22 test flight team that heads to space on 11th July 2021. 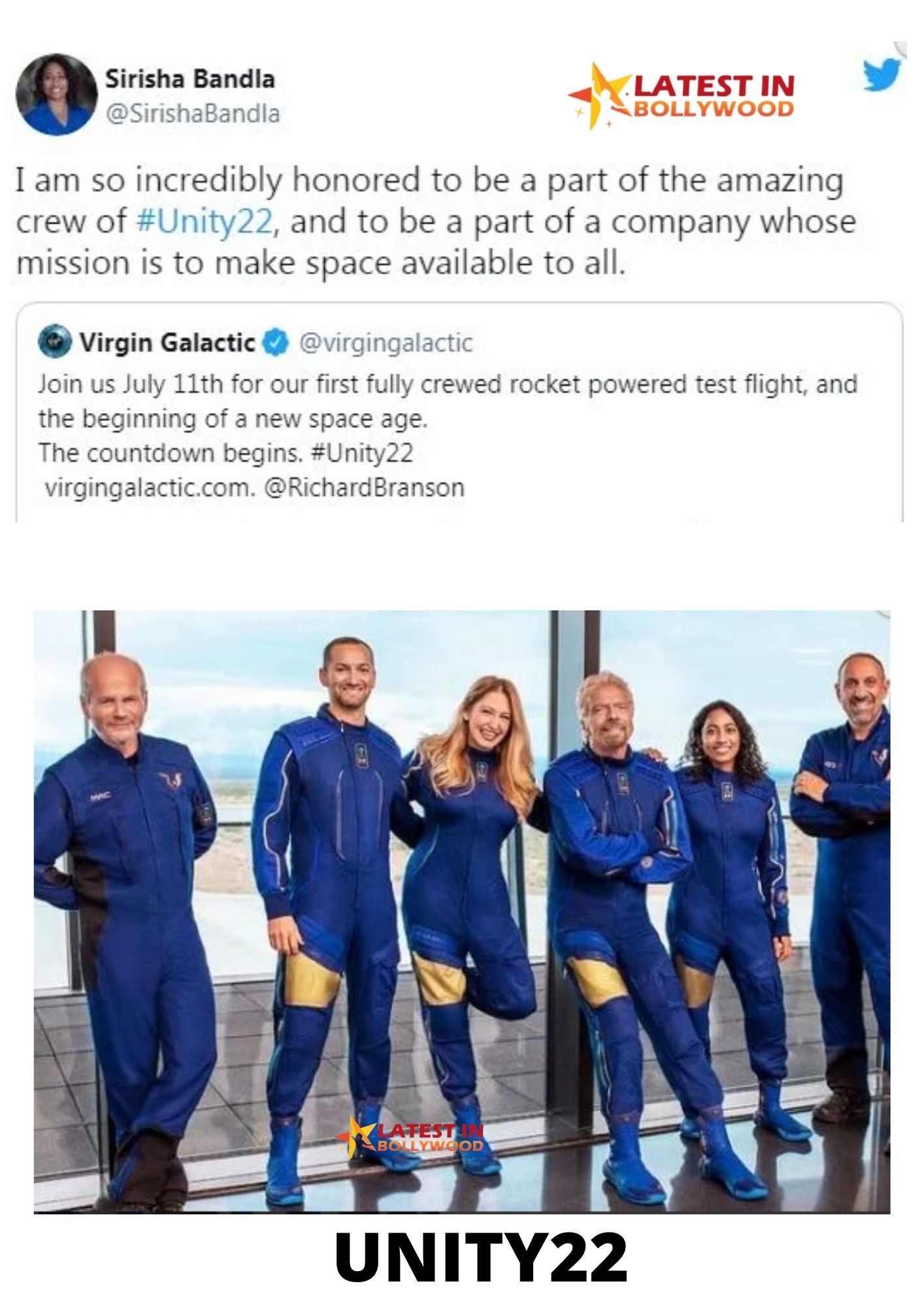 Sirisha Bandla was born in the Guntur district in Andhra Pradesh. After she moved to the US when she was 3-years old. Bandla grew and was brought up in Houston, Texas. As of 2021, she is 34-years old.

Sirisha moved to the US from India when she is only 3-years old. She was brought up in Houston. She grew up near NASA’s Johnson Space Centre. she did her Aeronautical Engineering from Purdue University.

She did a role of researcher experience in her flight 004.

“We are here for something bigger than ourselves. The ultimate dream is to one day have space travel for everyone.” – Chief Astronaut Instructor Beth Moses. Meet the @VirginGalactic Mission Specialists who will be in the cabin with me for our upcoming spaceflight #Unity22 pic.twitter.com/nkCYBx7Vm5

Sirisha was born in 1987 in Andhra Pradesh. She grew and was brought up in Houston, Texas. As of 2021, she is 34-years old. She always wanted to become Astronaut and so she moved to the US when she was 3-years old only. She did her education at Purdue University, West Lafayette, Indiana, the US, and The George Washington University, Washington, D.C., US.

Her sister’s name is Pratyusha Bandla. She is a Biological Science Technician. 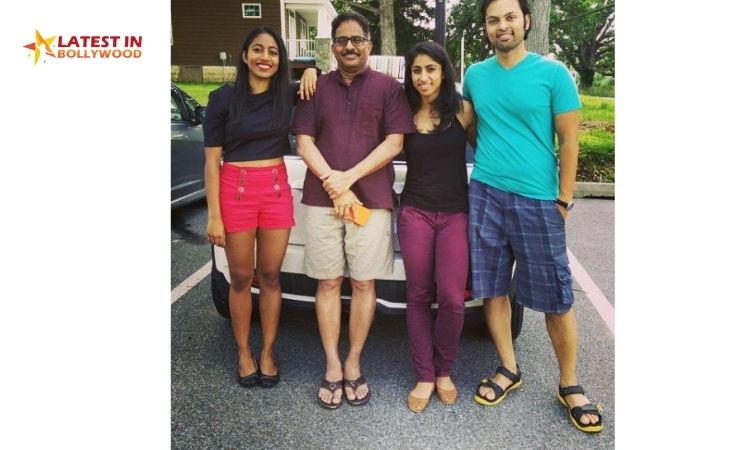 Her boyfriend’s name is Sean Hu. 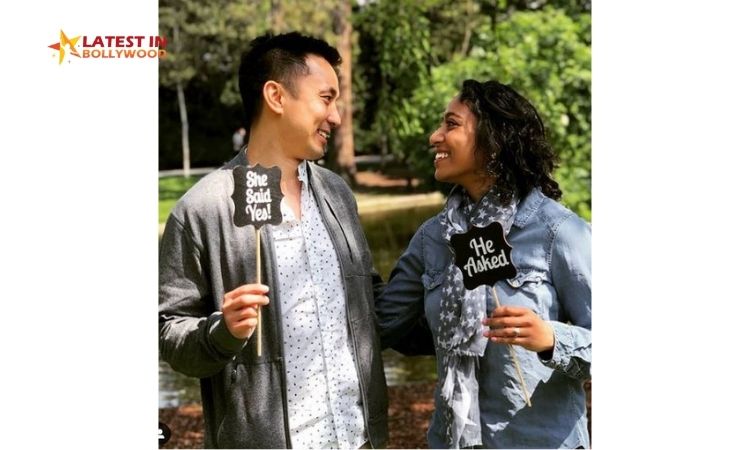 She started her career in 2007 with ATA Engineering as Design, Test, and Analysis Co-operator. Then in 2011, she joined as Mechanical Engineer at L-3 Communications Integrated Systems.

She loves to eat Pizza and her fav. dessert is Vanilla Ice-cream.

She loves to play golf.

Q.1 How old is Sirisha Bandla?

Q.2 When was Sirisha Bandla Born?

Q.3 Who are Sirisha Bandla Parents?

Q.4 Who is Sirisha Bandla?

Ans. Bandla is an Astronaut and Aeronautical Engineer who is an Indian living in America. She is the second Indian woman after Kalapana Chawla who is going into space.

Q.5 Where to read Sirisha Bandla Wikipedia and biography?

Ans. In this article, we covered all the news of Sirisha Wiki & biography.

Q.6 Who is Sirisha’s boyfriend?

Q.7 What is Sirisha’s cast?

Ans. She was born in Indian origin and her cast is not updated yet, we update soon all the details.

Mon Jul 12 , 2021
Apoorv Singh Karki is an Indian film indusrty director. He was born on 1st November 1988. He spent his adolescence in Nainital, Uttarakhand, India. He did his high college from […] 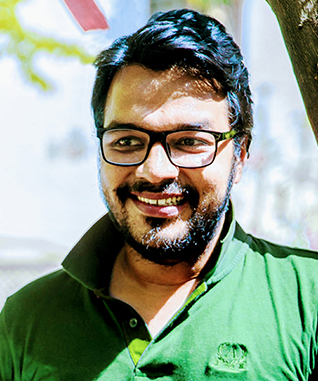