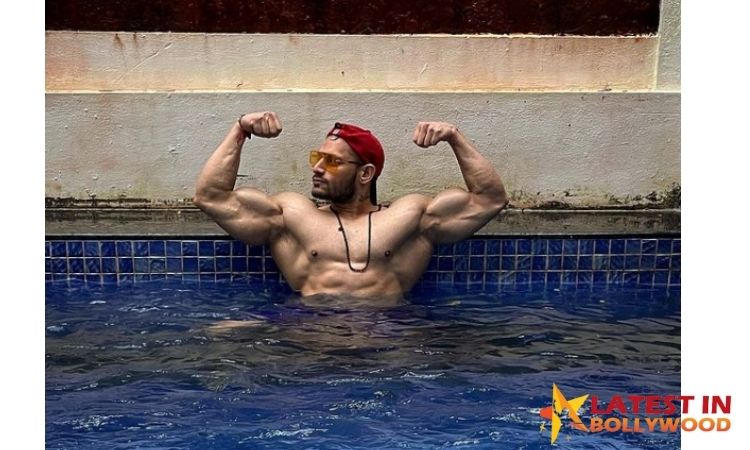 Manoj Patil Wiki:- Manoj Patil is a MOdel, Bodybuilder, and professional fitness trainer. He is competing in many weightlifting competitions. He is also the Ex-Mr India.

Recently, Monoj attempts suicide and was admitted to the hospital. His family allegedly FIR against Actor Sahil Khan.

In the past, Sahil posted a video on his Instagram account and wrote "Monoj Steroidvala". His family also claims that Sahil Khan creating problems in Monaj's life and also defame him on social media.

Manoj Patil, who is only 29-Years old attempts suicide by taking sleeping pills last night. He lives in the Saileela building in Oshiwara. After his family admitted him to the Hospital.

Paril Naaz, who is Monoj's manager told to media and said he is in serious condition. She also wants an FIR against Sahil Khan for defaming him.

Oshiwara police registered an FIR against the Actor and also visited the hospital.

Sahil reacted after this and wrote;

“This could be a publicity stunt with a communal angle. I have had no association with Manoj."

Manoj Patil was born in 1992 in Mumbai, India. As of now, he is 29 Years old. There is no information available about his education details.

He started his career in Bodybuilding and modeling. He is famous among the youth. Monoj won the Mr. India Men’s Physique Overall Championship in 2016. He is a very well-known athlete famous in bodybuilding families.  He also has famous as IFBB PRO MANOJ PATIL.

Monoj try to end of his own life by taking sleeping pills on September 16, 2021 at 12.30 AM. he lives in Saileela building in Oshiwara, Mumbai.

Monoj is 29 Years old as of now. He celebrated his birthday every year on 2 November.

Manoj Patil's wife and his family details are not mentioned anywhere, we update soon all the details.