Lovlina is an Indian Boxer from Assam, she recently entered in Quarterfinals of the Boxing Competition of the Tokyo Olympics. She has been admired by various celebrities on social media as she qualified for the quarterfinals. Indian Fans are very excited about her win as people are expecting a medal in Boxing by Lovlina. 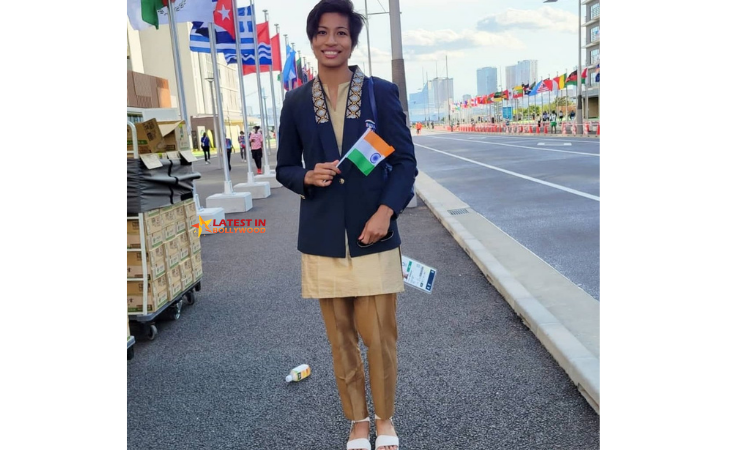 Lovlina is an Indian boxer who is only 23 years old. She started training in boxing in Childhood. She was going through major difficulties and hard work she did to qualify for the Tokyo Olympics 2020.

Lovlina was born and raised up in Assam and won the bronze medal at AIBA Women’s World Boxing Championships in 2018.

Lovlina participated in a boxing competition in the 69 kg Welterweight category. She defeated Nadine Apetz to qualify for the Quater finals.

The smile of a winner – Lovlina Borgohain.. great bout to the next round of 16 #Olympics #boxing pic.twitter.com/kxUaxzbW7C

She has elder twin sisters named  Licha and Lima

She did her school studies at Barpathar Girls High School.

She started her career in 2018 when she participated in AIBA Women’s World Boxing Championship where she won the Bronze medal in the 69 kg category. Then in 2019 she again won the Bronze medal in the same championship which was held in Russia. In 2020 she participated in Asia & Oceania Boxing Olympic Qualification Tournament where she won Bronze Medal.

Lovlina got 3rd Rank in the category of 69 kg Welterweight.

Her Coach’s name is Shiv Singh

She has been awarded Arjuna Award by the President of India.