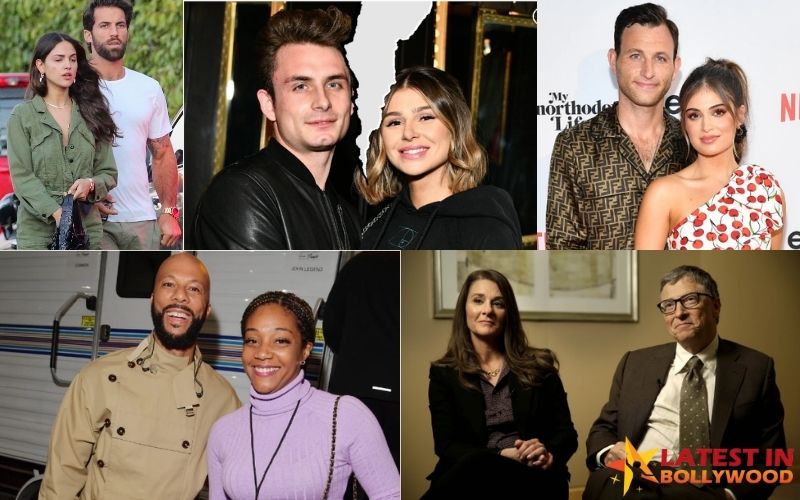 In this blog, we are about to talk about all Celebrity Divorces 2021: Breakups Lists, Couples Lists 2021.

Swiss-Italian Media and technological entrepreneur, Silvio Scaglia Haart and American Fashion designer and entrepreneur, Julia Haart are splitting this year after 2 years of marriage. They both are living separate lives during working at Elite World Group Together. 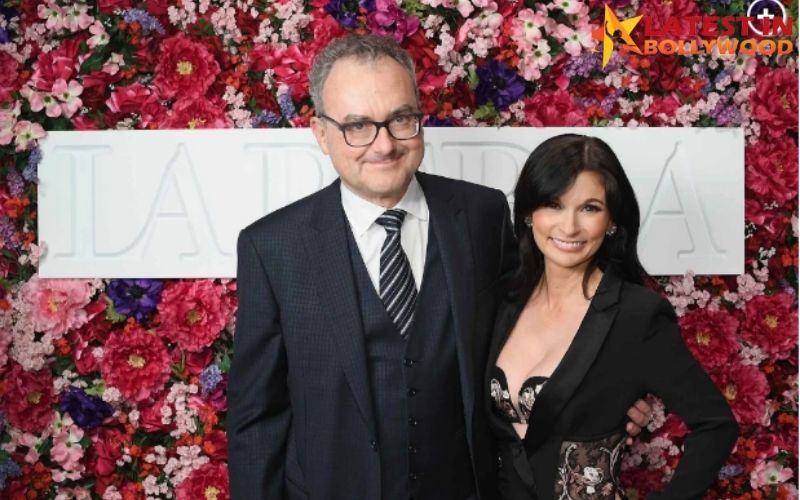 Mexican actress and singer, Eiza Gonzalez Reyna and American lacrosse player, Paul Rabil divorced after 7 months of marriage. The reason of divorced is only their work schedules which became a barrier in their relationship. 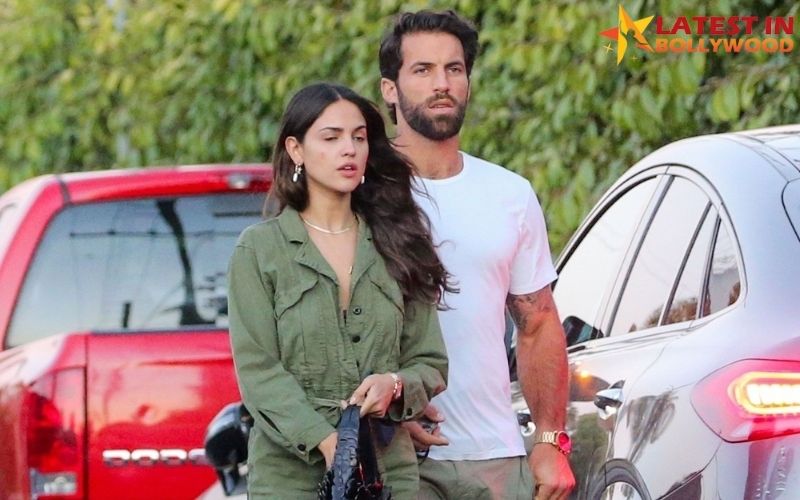 Actor James Kennedy and Vanderpump Rules star Raquel Leviss got engaged in May 2021 after being in a relationship for 5 years but now they broke their engagement because of having 2 different goals. 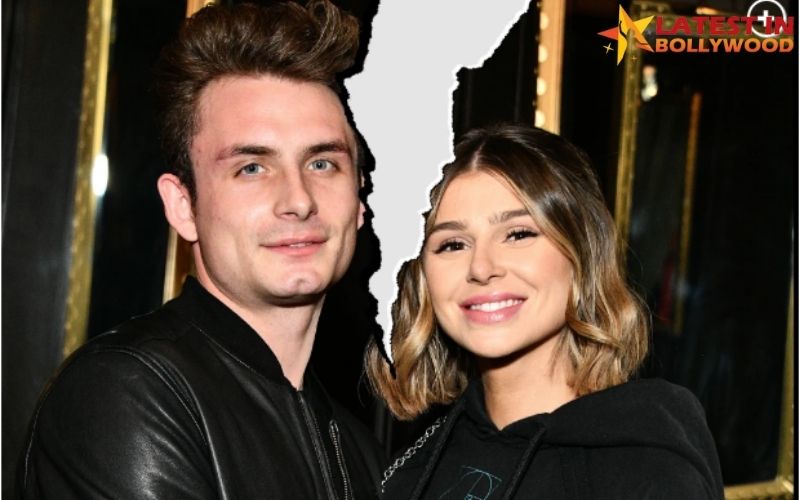 American Rapper Common and American Comedian Tiffany Haddish broke up in November 2021 because of having distance and busy schedules. They were in a relationship for more than a year. These love birds met in 2019 on the set of “The Kitchen”. They also went on a Bumble date in 2020. 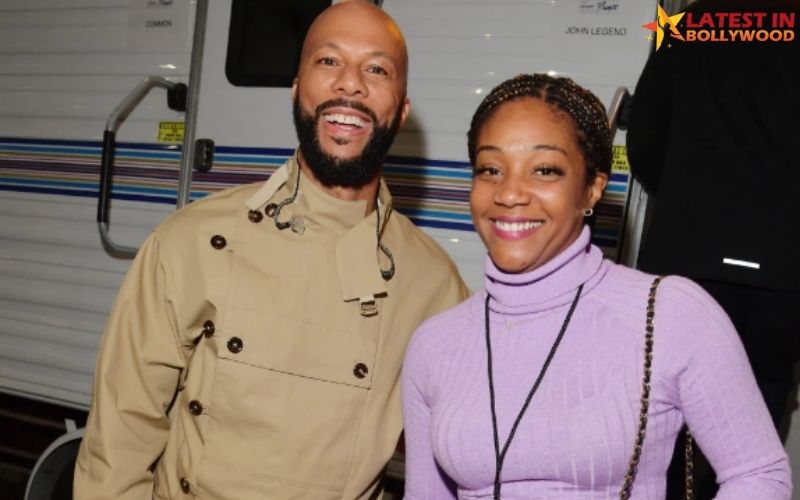 American TV personality Tayshia Adams and addiction specialist Zac Clark broke up their engagement in November 2021 after dating for a year. This couple met first time at the hit ABC reality series The Bachelorette Season 16 then fall in love and got engaged after some time. The reason for splitting is the pressure of navigating a public relationship. 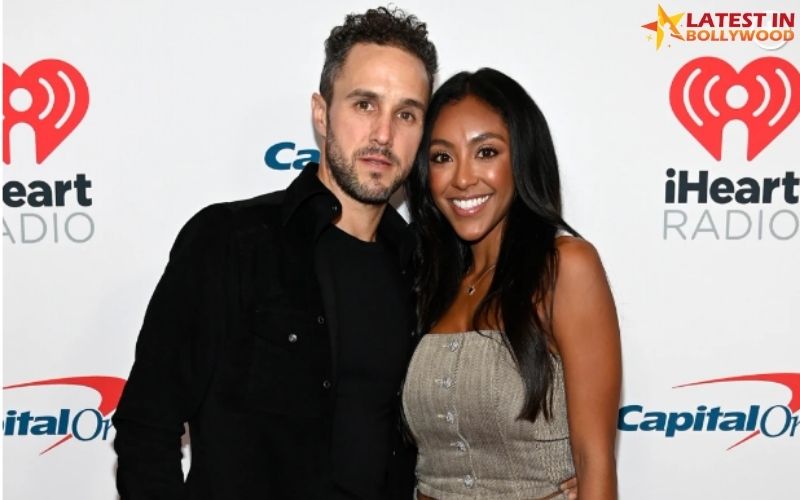 “My Unorthodox Life” star Batsheva Haart and Ben Weinstein divorced after 9 years of marriage. She revealed the reason for divorce is doing marriage at an early age. She said,

“I never like to say I regret anything in my life, but if circumstances happened again, I definitely would not get married so young,” Haart admitted. “Getting married at 19 is too young.” 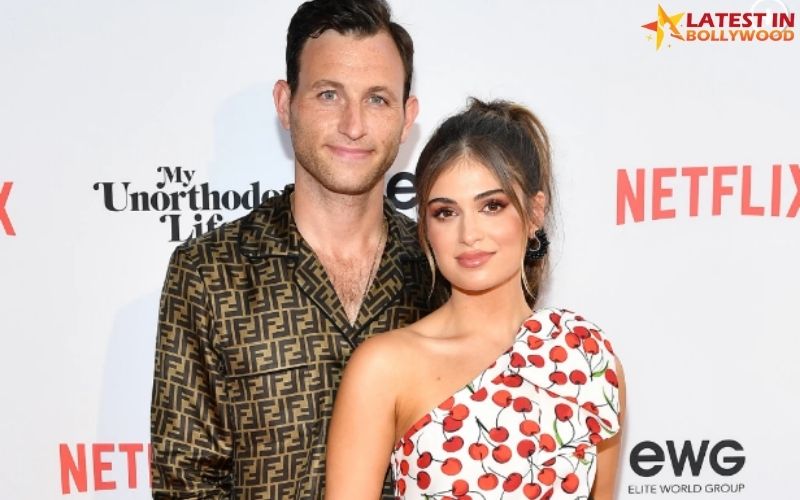 American Model Kaia Jordan and Australian Actor Jacob Elordi broke up in November after dating for a year. The reason is not known of broke up. This couple started to date in August 2021. 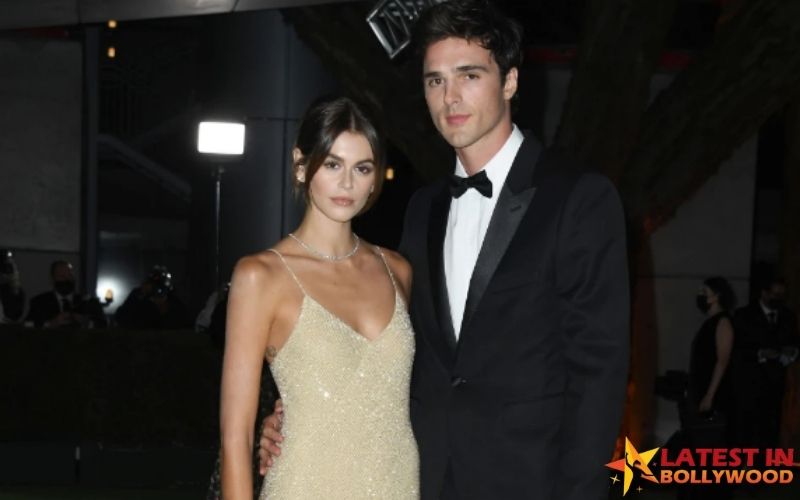 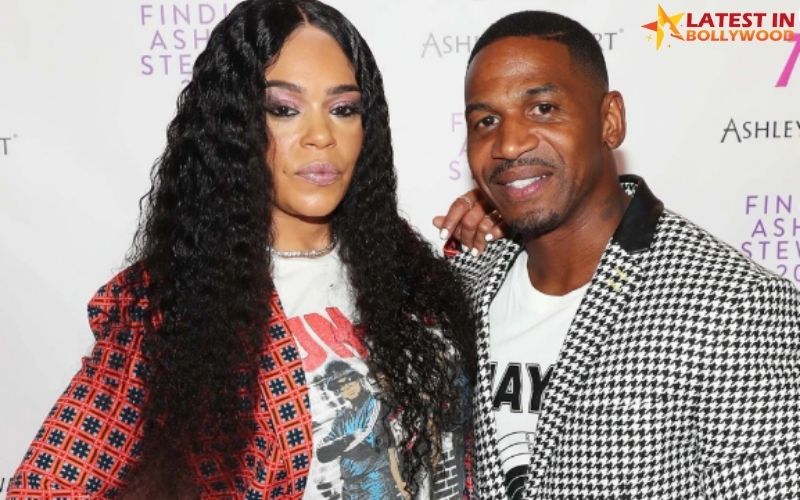 The author and Sister Wives star Christine Brown and American television personality Kody Brown divorced in 2021 after 25 years of marriage. This couple got married in 1994. The reason for splitting is the connection of Kody with the other 3 women.
She wrote via Instagram,

“Kody and I have grown apart and I have made the difficult decision to leave. We will continue to be a strong presence in each other’s lives as we parent our beautiful children and support our wonderful family.” 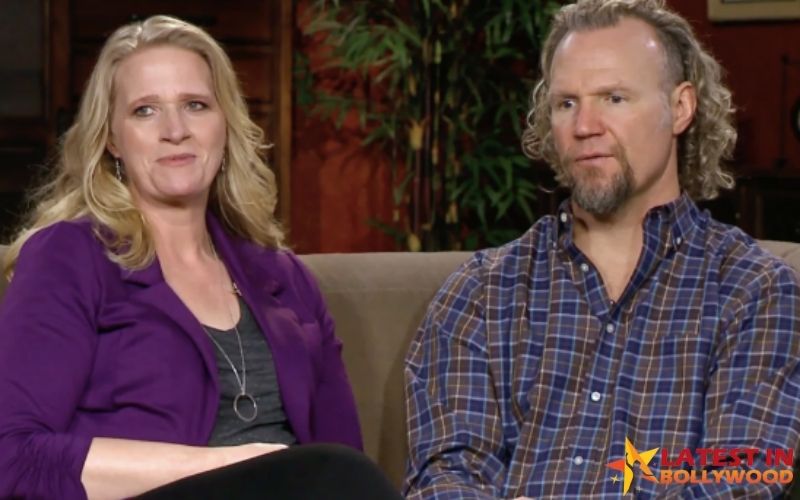 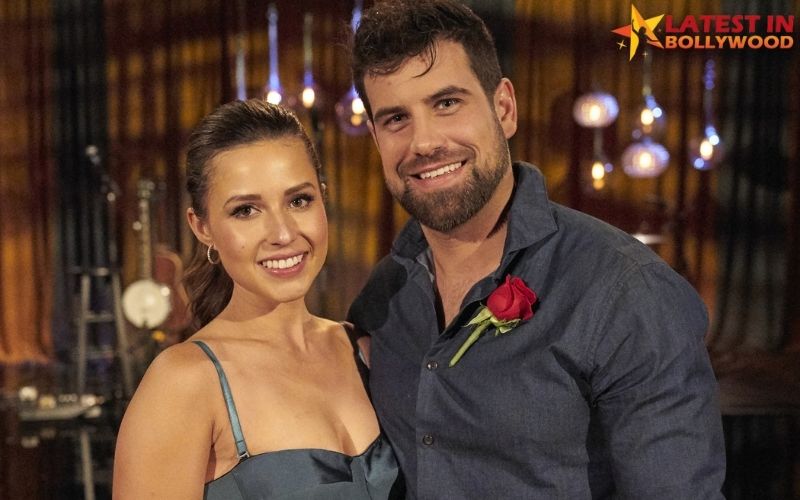 The star of 90 Days Fiance Michael Jessen and Juliana Custoio divorced on their second wedding anniversary which was on 12 October 2021. The reason for divorce is the casualty of the pandemic. Michael Jessen posted on Instagram,

“Thankfully, you are quickly emerging healthier and stronger than ever. Some of the rest of us will likely be staying in intensive care for quite some time.” 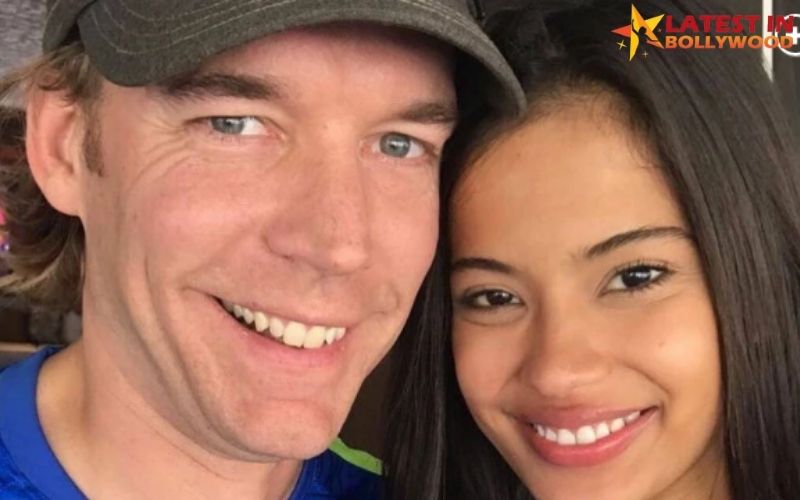 The former star of “Real Housewives of Orange County’ Vicki Gunvalson and Steve Lodge broke up their engagement in September 2021 after a 3 year of the relationship. They got engaged in April 2019. The reason for splitting is not mentioned anywhere on the internet. 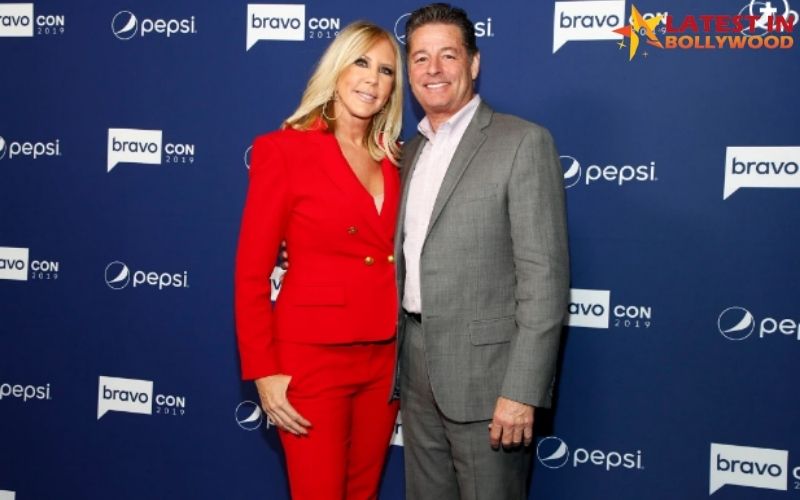 American Actress Kaley Cuoco and American Equestrian Karl Cook divorced in September 2021 after the 3 years of marriage. They said in a joint statement,

“Despite a deep love and respect for one another, we have realized that our current paths have taken us in opposite directions. We have both shared so much of our journey publicly so while we would prefer to keep this aspect of our personal life private, we wanted to be forthcoming in our truth together. There is no anger or animosity, quite the contrary. We have made this decision together through an immense amount of respect and consideration for one another and request that you do the same in understanding that we will not be sharing any additional details or commenting further.” 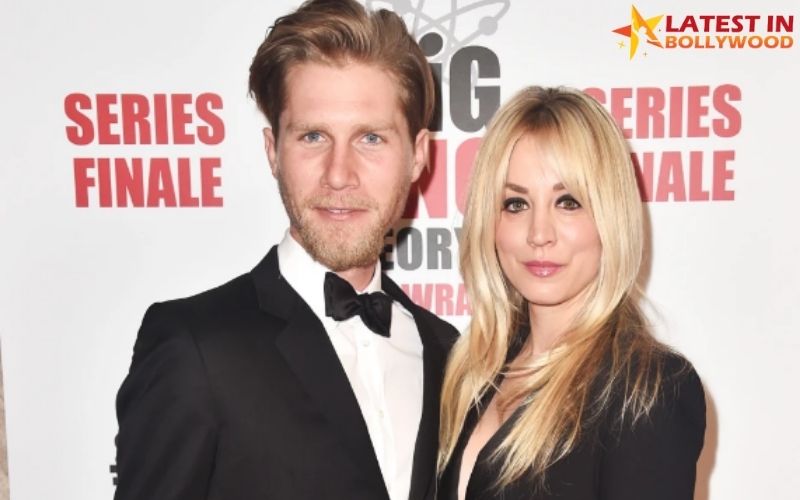 Actor Ed Westwick and South African Influencer Tamara Francesconi ( Ed’s Girlfriend ) split in September 2021 after 2 years of dating. They started to date each other in October 2019. The reason for splitting is not mentioned anywhere on the internet. 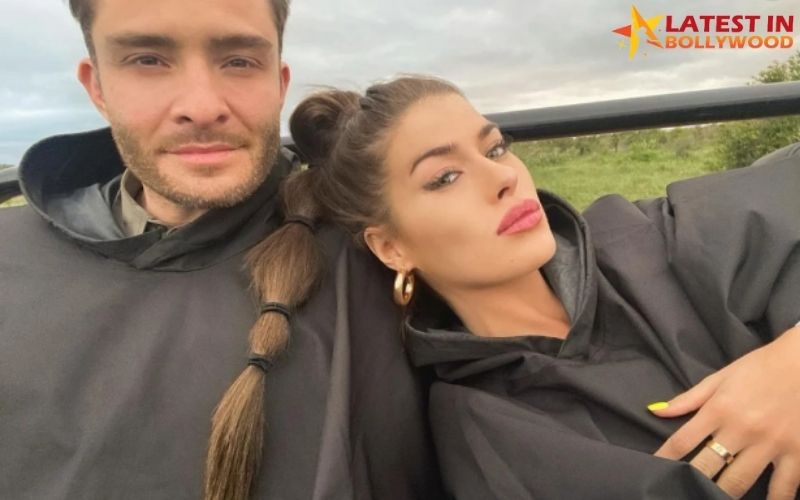 American Comedian Pete Davidson and Bridgerton star Phoebe Dynevor split in August 2021 after 5 months of a love relationship. The split reason was the busy schedules and long-distance. 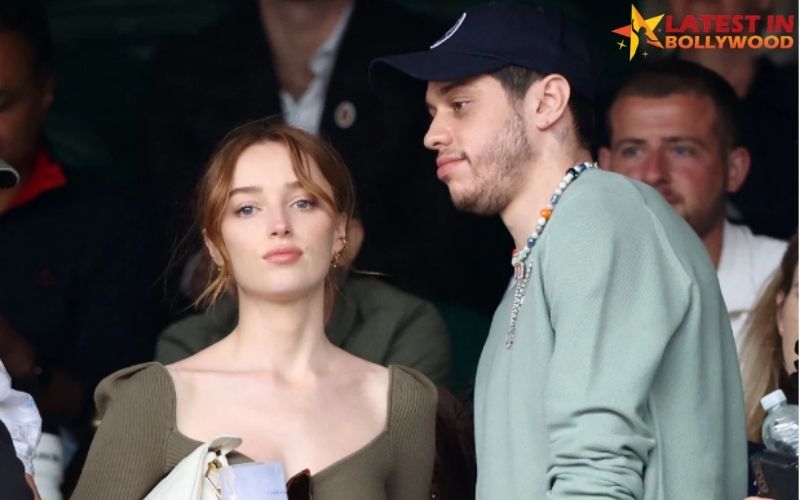 American Actress Kate Bosworth and American Film director Michael Polish ended their marriage after the 8 years of marriage by posting a loving post on Instagram. She said,

“The connection does not simply disappear. The love deepens, the heart expands.” 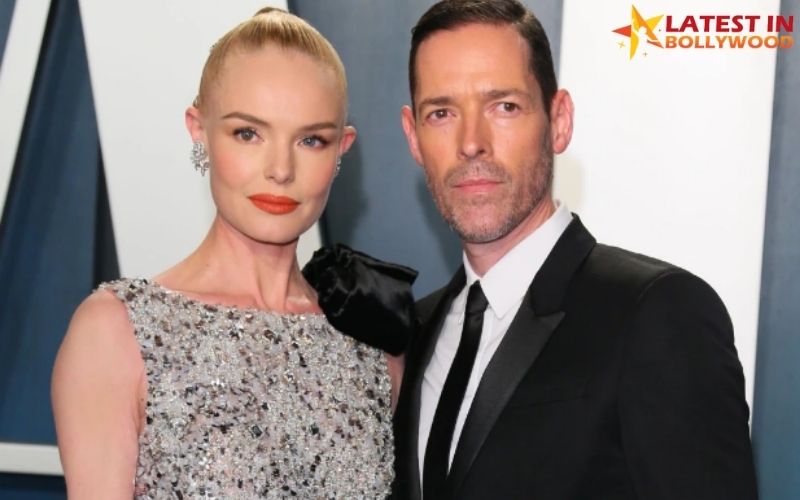 Erik Lake and Virginia Coombs got divorced in July 2021 and they said in a joint statement,

“Contrary to popular belief, we’ve been together and trying to make our marriage work since Decision Day. While we have decided to get a divorce, we aren’t closing the doors on a possible future together.”

This couple met first time on the Season 12 of the Lifetime series and got married in August 2020. 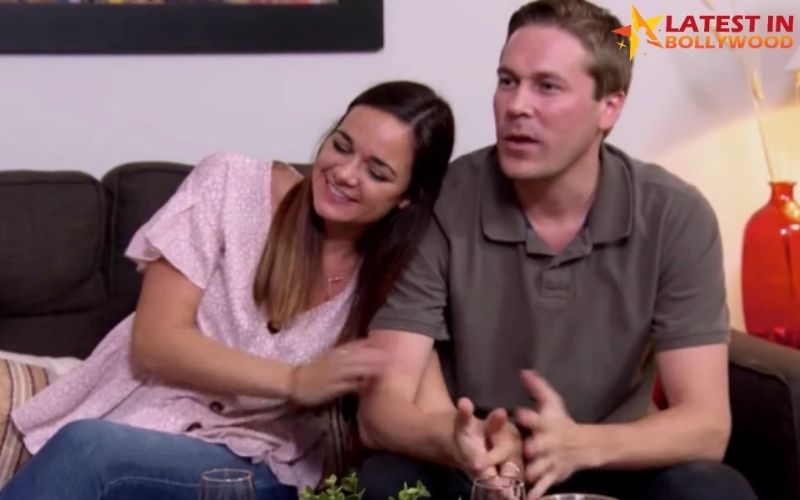 American tv personality La La Anthony and NBA star Carmelo Anthony filed for divorce in June 2021 after 11 years of marriage. The reason for splitting was the viral photo of Carmelo with another woman on a yacht. 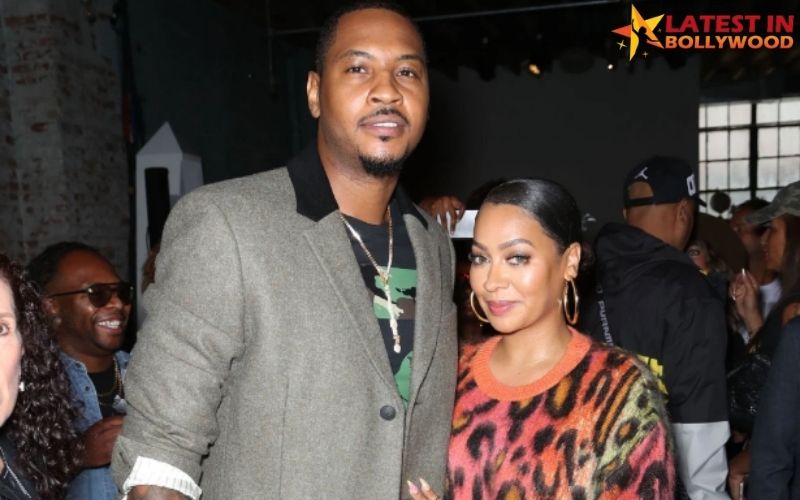 American Actor Blair Underwood and Desiree DaCosta divorced in May 2021 after 27 years of marriage. This couple is blessed with 2 sons named Paris and Blake and a daughter named Brielle. They said in a joint statement,

“After a tremendous amount of thought, prayer & work on ourselves individually & collectively, we have come to the conclusion to end our marriage that began 27 years ago. It has truly been a beautiful journey.” 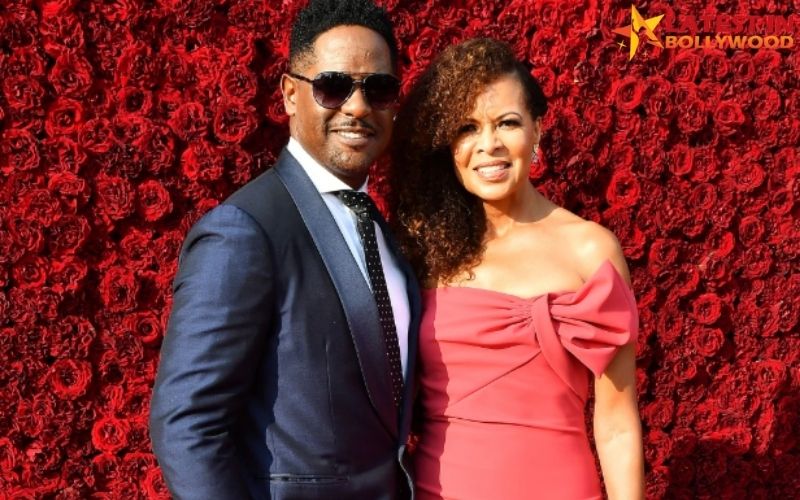 American tv personality Erica Mena and American rapper Safaree divorced in May 2021 after the 1 years old marriage when Erica was pregnant with a second child. This couple got married in October 2020. 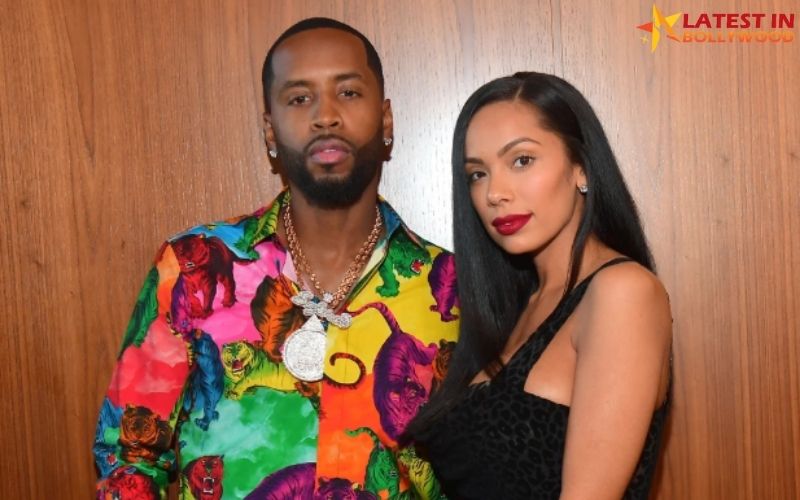 American actress Katie Holmes and Emilio Vitolo Jr. ended their relationship in 2021 after 8 months of dating. This couple is friends now, not in a relationship. This couple met in September 2020. 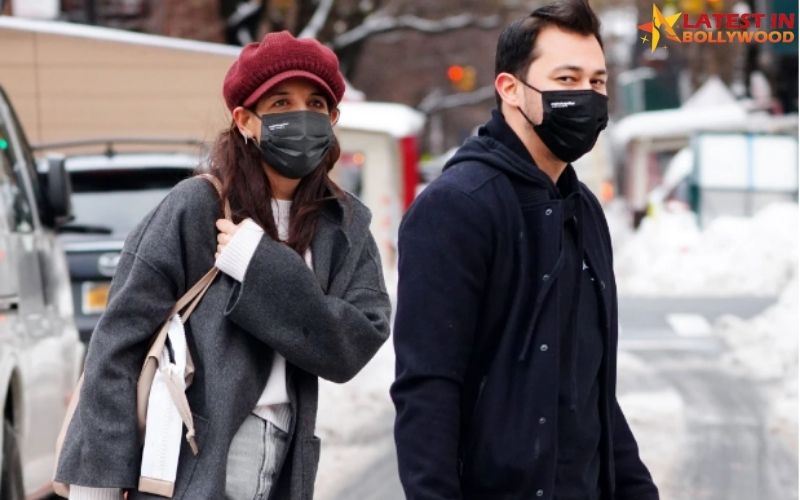 American Tv show The Talk’s co-host Carrie Ann Inaba and Fabien Viteri ended their relationship in May 2021 by posting on Instagram,

“Sometimes the things you thought forever ended up only being temporary. Finding the strength to accept that it’s over is enormously painful. Losing your friend … losing the hopes and dreams … your partner … the person you shared everything with .. your person … your love.”

This couple met first time while walking their dogs and started to date in September 2020. 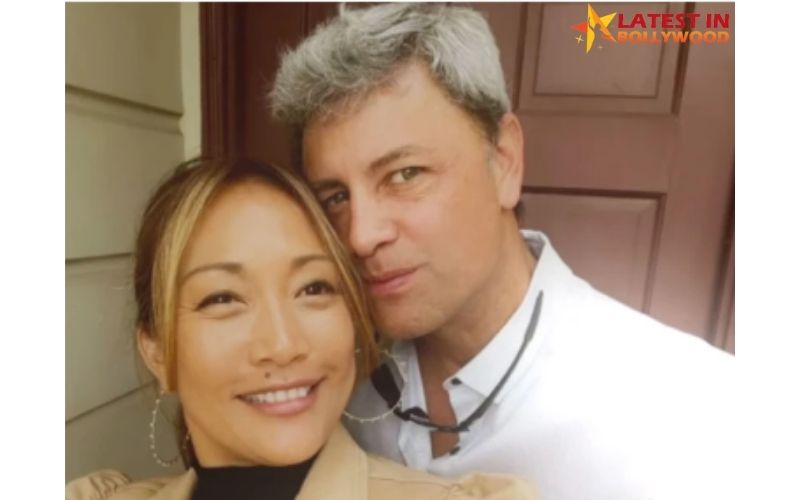 “I am heartbroken that John has decided to end our marriage. I wish him support and success as he continues his recovery.” 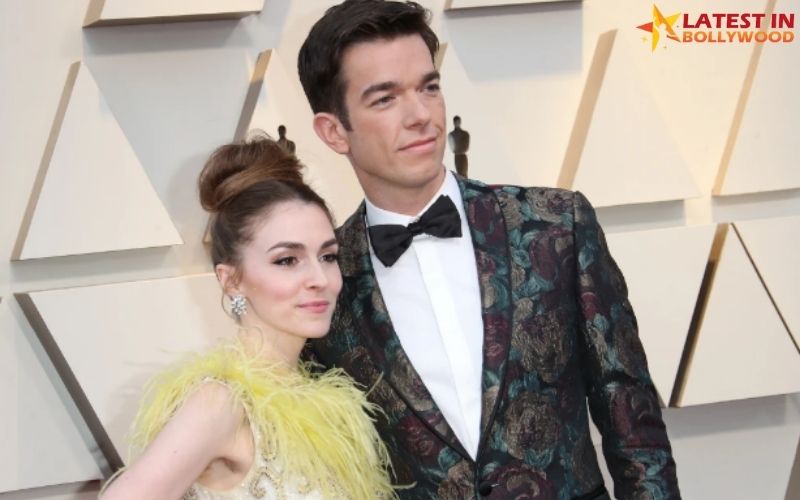 “Nik and I are best friends and will continue to raise our children as a team but our marriage has been empty for years … What we once had is no longer there.” 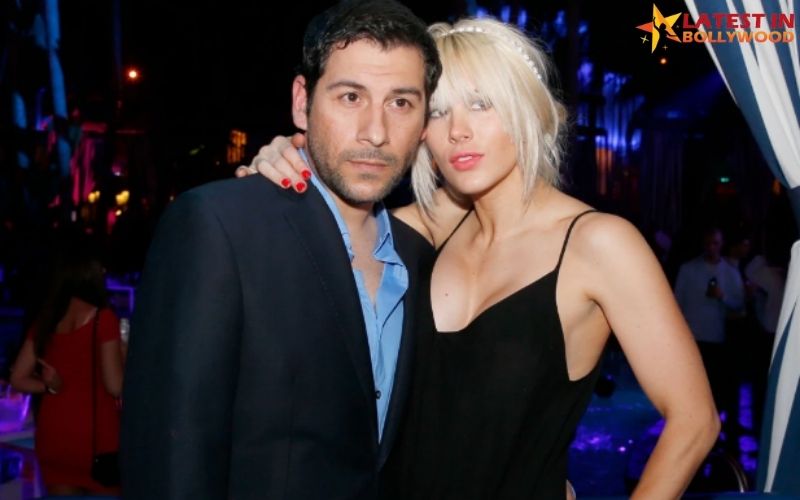 The star of Real Housewives of Dallas Kary Brittingham and Eduardo Brittingham divorced after 12 years of marriage. She said,

“We are stepping into this new journey as co-parents together and while I know it’s going to be an adjustment, I am confident that we can handle this next chapter of life with the same amount of mutual respect and love we’ve shared with each other for so long.” 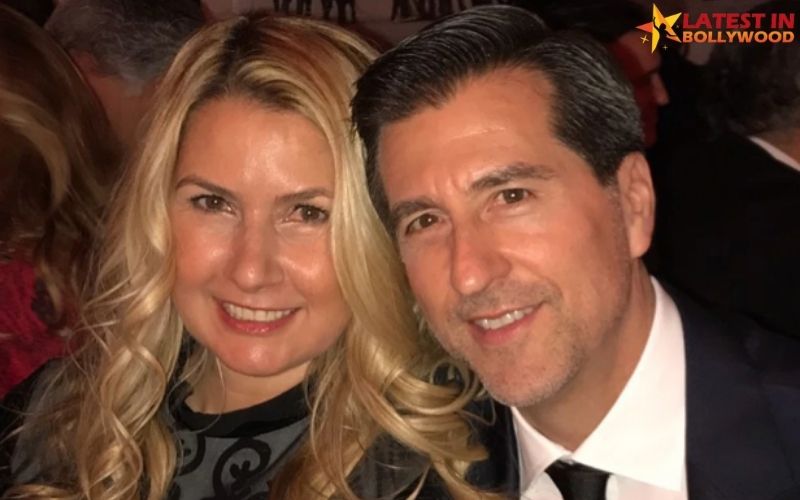 The Microsoft co-founder Bill Gates and Melinda Gates divorced on 2 August 2021 after 27 years of marriage. This couple met first time in 1987 ang got married on 1 January 1994 on the Hawaiian Island of Lanai. Bill gates tweeted,

“After a great deal of thought and a lot of work on our relationship, we have made the decision to end our marriage. “We no longer believe we can grow together as a couple in this next phase of our lives.” 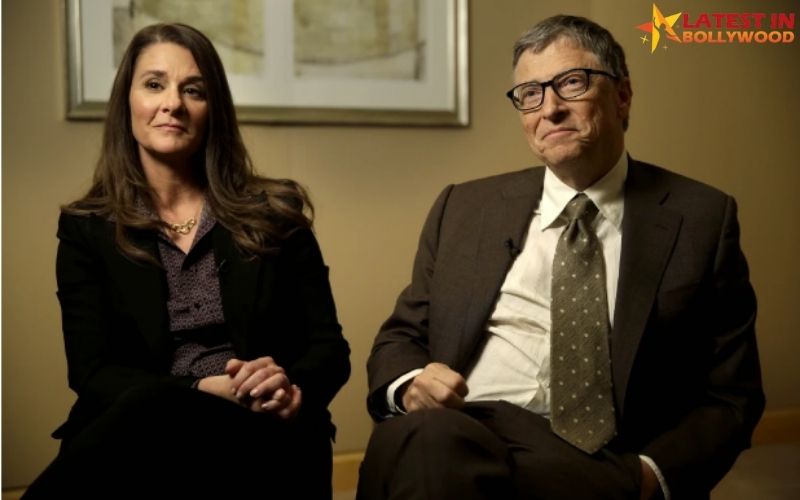 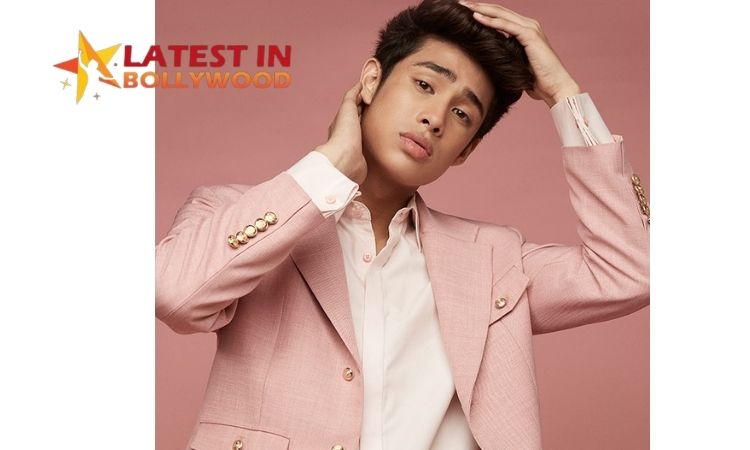