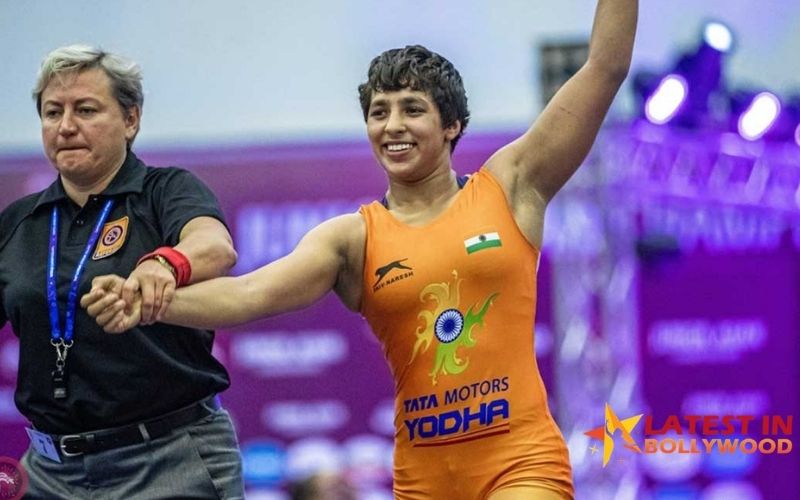 Anshu Malik Wrestler Biography:- Anshu Malik is an Indian Freestyle Wrestler. he is playing in the category of 57 kg in the Tokyo Olympics 2020. She started her career in wrestling since she wast just 13 years old. In this blog read all the details of Anshu Malik Biography, Wiki, Age, Family, Gold Medal Winner, World Wrestling Championship.

Anshu Malik is an Indian Freestyle wrestler. She represented India in wrestling in the category of 57 kg in Tokyo Olympics 2020. She won many medals for India like a won Bronze medal in 2016 in World Cadet Championships.

Anshu Malik the wrestler was born on 5th August 2001 in Nidani, Jind, Haryana. Her father’s name is Dharamveer Malik. She was trained by Ram Chandra Pawar. Anshu did her school studies and wrestling training from Chaudhary Bharat Singh Memorial Sports School, She has won the gold medal in National School Games as well.

Anshu is 19 years old and she celebrated her birthday every year on 5th August. She is also the coach of Priya Malik, who won recently a gold medal in World Wrestling Championship.

Her height is also not mentioned yet, we update soon all the details.

She won Bronze medal in 2016 in the category of 60 kg in World Cadet Championships.

She won gold medal in 2017 in Athens in same championship.

In 2018 she won Silver medal in World Junior Wrestling Championship.

In 2019 she won gold medal in 59 kg category of Asian Junior Championship.

In 2020 she won Bronze medal in Asian Championship in 59 kg category.

In 2021 She won gold in same championship in 57 kg category.

She is participating in Tokyo Olympics in 57 kg category Her ranking is 9.