Aniruddha Bapu wiki:- He was pretty famous in Maharashtra. He claimed that he is an reincarnation of Sai baba and his entire family is having godly properties. 😀 There are many criminal cases against him . In short one more fraud and a** baba who claims to be a Godman or God .After tremendous success of sai baba, Many people have got ‘sakshatkar’ from Dtta guru and few have become awatar of shri Ram. Dr. Airudha Joshi was a practicing Physician in Parel Village, My family used to go to his youner brother Radhey Joshi, He was having nice running clinic nearby Anirudha bapu.

My family members visited Anirudha bapu 1 or 2 times. His clinic was running nicely.

As believed, One fine day Dr. Joshi had sakshatkar.

It was believed that He was running his practice even after ‘sakshatkar’ from his dadar math.

After few years I visited his bandra satsang for 3–4 days which usued to happen on Thursdays if I remember right.

He used to make people chant mantras and used to explain the mantras, Which that time I believed was far from real gyan.

Two things I did not like was 1) people used to buy notebooks from there to write his name to fill it up completely and 2) People used to buy wood sticks etc for ‘havan’ which was placed at the spot of satsang.

I believe a baba/ Gyani/ saint should be above all ‘bhautik sukh’ (materialistic things) then only he can give gyan to others.

No offence to Aniruudha Bapu, May be because of him thousands are not going on wrong path. *  Dr. Aniruddha Dhairyadhar Joshi (Bapu) spent most of his early childhood at his maternal grandmother's place.

*  He was eight years old when his maternal grandmother, Mrs. Shakuntala Pandit, called him by the name of 'Bapu' in the Vitthal temple at Vadala. Since then he is being fondly called "Bapu" by everyone.

*  Editor of the widely read Indian daily - "Pratyaksha"
*  Author of a widely accepted book which can be used as Information Source on World War - III
*  Fondly called "Aniruddha Bapu' by millions  of his followers.
*  He claims to be a simple common human being and Friend of anyone who wants to lead a Happy and Satisfactory Life.
*  But millions consider Him as their God, Mentor, Father and true friend.
*  His pen has touched almost every subject, relating to the up-liftment of human, moral and social values, as well as balanced well being of the human race.
*  His observations and studies of international political and social status have

concluded in the form of his book - "The Third World War"; a book that informs as well as forewarns of the turmoil and chaos in the near future, all over the world.
* His words depict and predict through the mist and dust of enmity, terrorism and wars driven by human greed.
* At the same time, he gives clear-cut, clean and precise directives and solutions to safeguard humanity.
* He has also formed and founded an NGO to serve Humanity by going in Sync with the laws put down by the Indian Legislature to help the Government and the Society.
*  This is "Aniruddha's Academy of Disaster Management (AADM)"
*  He has taught people to be Brave and Courageous. Hence also fondly known as "Manasamarthyadata"

Thu May 13 , 2021
Natalya Ilina is a famous Indian Actress who is famous in Hindi Television serials. She came into fame after she married actor Rahul Mahajan, both get married in the year […] 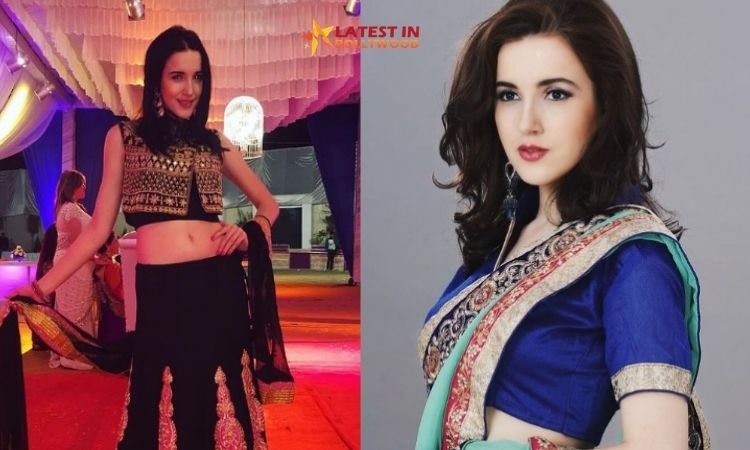