Recently a video viral on social media, Bollywood Actor Ajay Devgan beaten in Delhi, Fight in Delhi, or is this real news or fake? all the details mentioned in this blog.

Fight in Delhi’s Video is viral on social media. People claim that the person being beaten in in Delhi Fight video is bollywood actor Ajay Devgan.

Two Groups of Mumbai clashed at Delhi’s Aerocity area at Midnight. The Situation became so tensed that people also joined and they also started beating the person. They were fighting because of car parking. this video is now viral on social media. It is claimed by several people on social that the person who has been beaten is Ajay Devgan the Bollywood Superstar.

Ajay Devgan was in a state of Intoxication when this incident happened as several people on social media are posting. It has not been confirmed by any valid source. Due to some facial similarities, it could also happen as many people look similar so there might someone whose face may be similar to Ajay Devgan.

Not really sure if this is #ajaydevgan or not but #Kisanektamorcha agitation seems to be spreading up. Social media floating with this video that drunk @ajaydevgn got beaten up?? #RakeshTikait pic.twitter.com/Fv8j0kG5fv

A user shared a video on Twitter and in these videos you can see all the incident happened. While posting this video he wrote- “I do not know whether he is Ajay Devgan or not. ” In this video, his face is not clearly visible, due to this we can’t say that he is Ajay Devgan.

Sat May 15 , 2021
Recently Colors tv launched a new tv serial name is Kuch Toh Hai Serial in Hindi “कुछ तो है” where is a remake of Naagin 5 serial. This serial is […] 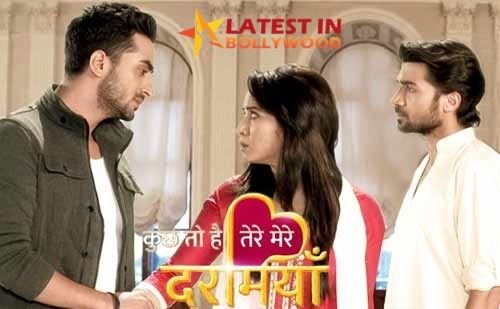